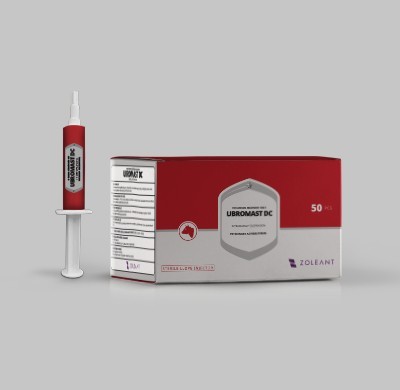 It is use in the dairy cow at the point of drying off, that is, immediately after the last milking of the lactation to treat existing mastitis and to provide protection against further infections during the dry period.

It is active against both Gram-positive and Gram-negative organisms, which are associated with mastitis and is effective against Streptococcus agalactiae and other Streptococcus species, Penicillin resistant and sensitive Staphylococci, Corynebacterium species, Escherichia coli and other susceptible Gram- negative bacteria.

For intramammary infusion in dairy cows and heifers.

Dry Off Therapy: After the final milking of a lactation, clean and disinfect the teats and introduce the contents of one syringe into each quarter via the teat canal.

Summer Mastitis Therapy: Prior to the first calving, whilst at risk of summer mastitis, clean and disinfect the teats and introduce the contents of one syringe into each quarter.